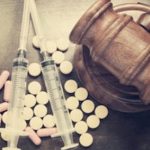 In the late 1980s, mostly in response to the drug overdose death of college basketball standout Len Bias, lawmakers approved a slew of harsh anti-drug laws. Extremely aggressive enforcement of these laws continued until the late 2000s. At that time, lawmakers began rolling back some of the harsh laws. Moreover, former President Barack Obama… Read More »

What Offenses can Land You on the Sex Offender Registry in Florida?

What to Expect From Tampa, Florida’s Juvenile Court Process

This is the next post in my series on the handling of juvenile cases in Tampa and elsewhere in the state of Florida. My last article discussed the difference between adult and juvenile charges. The fact that the juvenile system is considered “civil” in nature tends to be a distinction without a difference. A… Read More »

Why Does Florida Prosecute Minors as Adults?

The state of Florida sends more juveniles through the adult court system than does any other state in the country. In 2018 alone, the number of children directly filed into the adult court system reached 900. In fact, an 8-year-old child was prosecuted as an adult in Florida. In severe circumstances, all states do… Read More »

What are the Laws Surrounding Child Pornography in Florida?

Child pornography is illegal under Florida law and federal law. A person could be arrested and might be found guilty of a sex crime in Florida if they authorize or induce a child to engage in a sexual performance; direct or promote any performance in which sexual conduct is performed by a person under… Read More »

What are the Most Common White Collar Crimes?

White collar crimes are non-violent crimes and are typically committed for financial gain. Some people define white collar crimes by the type of offense committed, while others use the term white collar to describe the person accused of committing the crime. In fact, one 2016 study found that “a considerable percentage of white collar… Read More »

What Happens if I Fail to Register as a Sex Offender in Florida?

Usually, an individual who is required to register as a sex offender must register at least once a year and report any change of address within as little as three days. Furthermore, he or she must produce vehicle information, a recent photograph, and a DNA sample. Those who are forced to register as sex… Read More »

This is the next post in my series on the handling of domestic violence charges in Tampa, Florida. My last article discussed what to expect at trial in a domestic violence case. It is important to understand that trial is a complicated process, that the rules of evidence will be enforced, and that you… Read More »