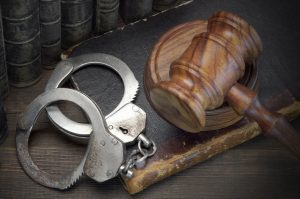 This is the next post in my series on the handling of domestic violence charges in Tampa, Florida. My last article discussed what to expect at trial in a domestic violence case. It is important to understand that trial is a complicated process, that the rules of evidence will be enforced, and that you need a criminal defense lawyer who is experienced in handling such matters. Your choice of counsel can make a difference in the outcome of your case. In this article I will discuss a topic which defendants must understand – the potential penalties which they face for a domestic violence conviction. If you or a loved one have been arrested then contact my office today to speak with a lawyer.

A first offense for domestic assault will typically be charged as a misdemeanor under Florida law. This means that the accused will face a sentence of up to one year in jail. Unlike other misdemeanor charges, however, a domestic assault conviction will carry a mandatory minimum sentence of ten days in jail. This means that a convicted defendant is guaranteed to be incarcerated for at least five days under Fl. Rev. Stat. 741.283. A second conviction will typically carry a minimum sentence of fifteen days in jail while a third offense, if not charged as a felony, will carry a minimum sentence of twenty days. These sentences are in addition to any fines, community service, or periods of probation which the Court may require the defendant to serve.

An individual convicted of such an offense will also be prohibited from possessing a firearm for the remainder of their lives. Under U.S.C. 922(g) it is a federal offense for an individual to possess a gun if they have been convicted of domestic violence. It is important to understand that this federal statute makes it a crime to simply hold a gun, even if you do not own it. Accordingly, anyone who works in law enforcement, security, the U.S. armed forces, or any other profession which requires the carrying of a firearm, will likely find themselves disqualified from their current employment. This federal prohibition against possessing a firearm will extend to other states. This means that relocating outside of the state of Florida will not allow an individual to possess a gun elsewhere.

Another ramification of a domestic violence conviction is that the defendant will likely have difficulty with passing a background check. Anyone who is seeking a job, housing, some type of security clearance, or who is seeking a professional license will likely have difficulty moving forward after they have been labeled as a violent offender. While a conviction will not automatically disqualify someone from many areas, it will greatly complicate one’s life.

The aforementioned ramifications are just some of the reasons why a defendant must take domestic violence charges seriously. A conviction can have a damaging effect on one’s future. Retaining an experienced lawyer is a crucial step to ensuring that your rights remain protected.

If you or a loved one have been charged with domestic violence then contact my office to speak with a Tampa lawyer.