Tampa Criminal Attorney > Blog > General > The Process After an Arrest for Domestic Violence in Tampa, Florida

The Process After an Arrest for Domestic Violence in Tampa, Florida 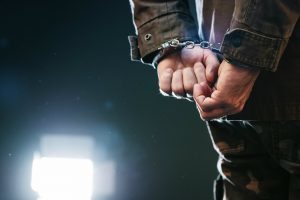 This is the third post in my series on dealing with domestic violence charges in Tampa, Florida. My last article discussed defending against false accusations. I also provided information on the reasons behind these false claims and what one can do to combat them. In this article I will discuss the process one will face after an arrest has been made. If you or a loved one have been charged with domestic violence, contact my office today to speak with a lawyer.

Domestic violence charges in Florida can range from a misdemeanor to a third-degree felony, which may result in up to five years in prison. After the accused has been arrested for one of these offenses, he or she will attend a probable cause hearing within 24 hours. But during the time between arrest and being presented in front of the judge, the defendant is typically held no bond. Within 24 hours, the defendant is then presented in front of a judge for an advisory hearing or what is also known as first appearance. Before the hearing starts, the state will acquire the prior criminal history (if there is any) of the defendant. They will look into any past incidents of violent crimes, domestic violence offenses, or any failures to attend previous court hearings.

The state will also contact the alleged victim of the domestic crime to find out if they are too intimidated to face the accused or would prefer to have contact with the accused. The state will then compile and present this information to the court on the day of the advisory hearing. This will help the judge decide on an appropriate bond amount for release; and whether the accused is allowed to have any contact with the victim before trial.

The Judge will determine whether there is enough cause for the case to move forward and if so, the defendant will enter a plea of “not guilty” and the case will be set for trial. If the accused has been charged with a misdemeanor, he or she will attend trial within 90 days. However, for those charged with felony domestic violence, the case will be heard within 175 days.

During this time, the defendant will be prohibited from having any contact with the alleged victim. This may include physical contact, phone calls, emails, text messages, and even communications through third parties. The defendant’s attorney will also begin an investigation into the facts of the case. This can include visiting the scene of the crime (if possible), interviewing witnesses, and obtaining all available evidence, such as police reports and statements. Depending on the circumstances of the case, it may be necessary to file Motions with the Court to exclude certain statements that were obtained in violation of the defendant’s Miranda rights. For example, if law enforcement continued to question accused after he or she asked for counsel, any statement made after that point might be considered inadmissible. The Judge will rule on such Motions at an evidentiary hearing before the case goes to trial.

If a dismissal of the charges is not possible and your attorney is unable to obtain a favorable resolution on your behalf, then the case will continue to trial. There, the Judge or jury will determine your eventual guilt or innocence. If you are convicted, then the jury may recommend a sentence and the Judge will impose a sentence. It is important to understand that litigating a domestic violence case is fact-intensive and can be a difficult process. This is why it is imperative that you retain counsel immediately following an arrest for domestic violence. The sooner you contact a lawyer, the sooner that a defense can be built on your behalf.