Defending Against False Allegations of Domestic Violence in Tampa, Florida 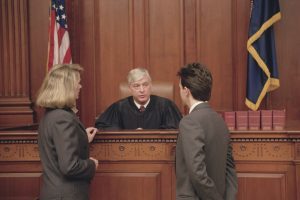 This is the second post in my series on the handling of domestic violence charges in Tampa, Florida. My last article provided an overview of topics which this series will be addressing. I also stressed the importance of contacting a criminal defense lawyer if you have been arrested. It is important to understand that you can be prosecuted even if the alleged victim decides not to press charges. By retaining counsel sooner, rather than later, you can help to ensure that your rights will remain protected throughout this process. In this article I will discuss a topic that is, unfortunately, much too common – the need to defend against false accusations. If you have been charged with domestic violence, contact my office today to speak with an attorney.

Domestic violence differs from other criminal offenses in that it is not uncommon for the charges to be based on false claims. There are several reasons for this. First, domestic violence is often used as a tool for leverage in other proceedings. This is especially true in custody disputes as a charge of domestic violence can potentially result in the accused losing a child custody case. Second, these charges may also be the product of revenge for a love connection gone wrong. When an ex-spouse or significant other wishes to “get even” he or she may use these allegations as a form of revenge. These types of situations are more common than many Florida residents may realize.

The first thing to do after you have been charged with domestic violence is to recognize the gravity of the situation. Some Tampa defendants make the mistake of thinking that since the allegations are false, that they will simply go away. These individuals believe that they can simply walk into court and explain to the judge that the incident never occurred and all will be forgotten. However, this is simply not the case. Defendants are usually surprised by the extent to which prosecutors will pursue these charges. This is one of the reasons why those accused of domestic violence should contact a lawyer as quickly as possible, even if the allegations are false. The sooner you retain counsel, the sooner a defense can be formulated on your behalf.

An attorney will immediately take certain steps if you have been arrested as a result of false claims. These will include obtaining all available evidence associated with the matter, such as police reports, witness statements, and viewing the scene of the incident, if possible. Counsel will also collect any evidence that highlights inconsistencies in the alleged victim’s behavior or story. This may include phone records, social media postings, or emails showing that the victim has contacted the accused after the incident occurred. Other forms of evidence may include records from any Family Court proceedings in which both the defendant and the victim are party to. It is imperative that you retain a lawyer who will tailor your defense based on the circumstances of your case.

Contact my office today to schedule an initial consultation. I have been licensed since 2013 and devote my entire practice to criminal defense. I believe that everyone is entitled to the highest levels of representation and I will personally work on your matter.