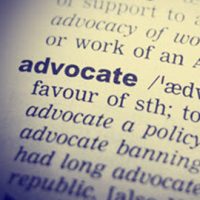 Once upon a time, sex cases were very difficult to defend, even if the prosecutor’s case was rather weak. Most jurors assumed that most people charged with sex offenses were monsters. Now, that attitude is changing. Jurors and judges are much more willing to look at valid defenses than they were in previous years. That’s good news for defendants, considering the extremely harsh direct and collateral consequences these cases entail.

An opportunity is all a good Tampa failure to register lawyer needs to obtain a positive result in these cases. That result could be a favorable plea bargain arrangement, a not-guilty verdict at trial, or a complete dismissal of charges. These opportunities do not end simply because the judge’s gavel falls. If you have tried and failed in the past to obtain post-conviction relief, like relief from sex offender registration requirements, now is the time to try again.

Until recently, no judge wanted to be the person who allowed a “sex offender” to get away on “a technicality.” So, procedural defenses in sex crimes were only successful in extraordinary situations. Due to the aforementioned environmental changes, judicial attitudes have relaxed. Although judges are definitely not “soft on crime” in this area, they are generally more willing to consider procedural defenses, like:

The burden of proof is extremely high in criminal cases. Unless the prosecutor can use all the evidence, the case often collapses like a house of cards.

Since the burden of proof is so high, lack of evidence is usually a very effective defense in sex crimes cases. These prosecutions usually hinge on the alleged victim’s testimony, since in most cases, there were no other material witnesses. Frequently, the alleged victim had been drinking. Therefore, this person’s memory and perception are suspect.

Prosecutors must establish guilt beyond any reasonable doubt in criminal cases. That’s the highest burden of proof in Florida law.

Affirmative defenses, such as the consent defense, are available as well. Basically, consent is a voluntary agreement to engage in a certain act. However, most people do not sign waivers in these situations. Therefore, circumstantial evidence is usually admissible in these situations.

Sex crime defendants have more legal options than ever before. For a free consultation with an experienced criminal defense lawyer in Tampa, contact the OA Law Firm. After-hours visits are available.