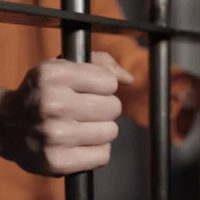 Many of the personality changes and other issues incarcerated people face can be traced to the brain injuries these individuals usually suffer. When cell doors close, the defendant’s stress hormone levels elevate significantly. So, these individuals often cannot make good decisions about their cases when they are in jail. When they get out, friends and family usually notice the personality changes. Usually, whether they are for better or worse, these changes are permanent.

There are some legal considerations as well. Deep down, most people, including most judges and jurors, assume that if the defendant is in jail, s/he probably did something wrong. So, pretrial incarceration limits defensive options.

These options are very important for a Tampa criminal defense attorney. It takes time to evaluate a case, investigate the facts, and uncover all possible defenses. If the defendant is in jail, time is an unavailable luxury. Plain and simple, jail is awful, at least in most cases. That’s especially true in the Sunshine State. Florida has one of the lowest per-inmate budgets in the country. So, the state’s facilities are notoriously poor.

Florida also has one of the highest percentages of unsentenced jail inmates in the country. A significant number of people who are behind bars have not had their day in court and simply cannot afford cash bail or a bail bond. So, Florida has a relatively liberal pretrial release system.

But not many people qualify for such programs. Except for DUIs, police officers almost never arrest first time, nonviolent offenders. Fortunately, other options are available.

Usually, the sheriff sets a presumptive bail amount based on the nature of the offense and the defendant’s criminal history, if any. This presumptive amount, which is usually around $750 for a misdemeanor and $1,500 for a felony, sets the stage for cash bail or bail bond release.

Cash bail is essentially a security deposit. If the defendant pays the full amount and complies with all conditions, the sheriff refunds most of the money. Common bail conditions include:

If the amount is too high for cash bail a bail bond, which is basically an insurance policy, is usually an option. Most bail bonds companies charge about a 15 percent premium for these policies. If the defendant does not fulfil all conditions, the bail bond company, which is the insuring party, bears the financial risk. Bail bond premiums are nonrefundable.

Sometimes, the bail amount is so high that even a bail bond is not an option. Additionally, in some cases, such as a defendant charged with multiple or serious felonies, the sheriff might not set an amount.

Attorneys can request bail reduction hearings in these situations. In addition to the nature of the offense and criminal history, the judge considers some other factors in these hearings. Examples include the amount the defendant is able to pay, the defendant’s ties to the community, and the defendant’s ability to travel.