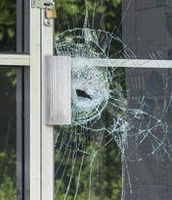 During coronavirus lockdowns, many police departments stopped responding to non-violent disturbance calls, like reports of vandalism. Now that these restrictions have ended, at least for the most part, many departments are going back to the controversial broken windows law enforcement theory.

This theory began gaining popularity in the early 1980s. Proponents insist that low-level issues, such as vandalism, loitering, trespassing, along with code violations, like broken windows, create comfortable environments for criminals. Therefore, vigorous enforcement in the aforementioned areas either drives criminals elsewhere or decreases violent crime. The theory is controversial partly because there is no clear evidence in support of this theory. Furthermore, broken windows enforcement is associated with racial profiling, at least in the minds of many.

As a result, there has been increased enforcement of Section 806.13, which is Florida’s criminal mischief law. A conviction could have severe direct and indirect consequences. These prosecutions have a number of moving parts. Therefore, a Tampa juvenile charges attorney can often successfully resolve these claims, especially if the defendant’s criminal record is otherwise clean.

In Florida, criminal mischief (vandalism) is “willfully and maliciously injures or damages by any means any real or personal property belonging to another, including, but not limited to, the placement of graffiti thereon or other acts of vandalism thereto.”

First, let’s look at the mental elements. “Willfully” usually means “not accidentally.” People willfully underpay their taxes if they omit income streams, fabricate deductions, or do other such things. In the criminal law context, willfully is usually one step above intentionally. That’s the mental element in most criminal cases.

“Maliciously” usually means malice directed at the property’s owner. Tagging property and marking territory arguably do not meet this standard.

So, the mental element could be a defense. Lack of physical evidence is even a better defense in vandalism and most other criminal cases.

Occasionally, security video or an eyewitness catches a defendant in flagrante delicto (in the act, or red-handed). Much more often, however, these prosecutions rely on circumstantial evidence.

Sometimes, an informant gives police investigators information about the offense. Usually, these informants receive leniency in another criminal proceeding in exchange for the information they provide. Many people will say almost anything to save their own skins. Therefore, uncorroborated informer testimony is often unreliable.

Other times, circumstantial evidence leads investigators to a group of suspects, like a gang. But it does not indicate which gang member committed the offense.

Criminal mischief is a nonviolent crime. Therefore, pretrial diversion or deferred disposition is usually available. That’s especially true if the evidence is weak, as outlined above.

Pretrial diversion programs vary in different jurisdictions. Usually, if the defendant pays restitution, stays out of trouble for a few months, and completes some other program requirements, like performing community service, prosecutors dismiss the charges.

In both situations, the arrest record remains. However, most employers, educational institutions, and other parties only care about convictions.

Vandalism is a serious crime in Florida. For a free consultation with an experienced criminal defense lawyer in Tampa, contact the OA Law Firm. After-hours visits are available.