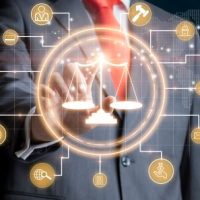 Most aggravated assault and other criminal charges settle out of court. In fact, only about 6 percent of the felonies in Florida state courts go to trial. However, most of these cases do not settle straightaway. Early settlements are usually not in the defendant’s best interests. In general, it is usually a bad idea to take the other side’s first offer during settlement or pricing negotiations.

Once a Tampa assault & battery attorney thoroughly evaluates the prosecutor’s case, as well as any available procedural, substantive, and/or affirmative defenses, as outlined below, a successful resolution is much more likely. This resolution often includes a reduction to ordinary assault, which is a misdemeanor instead of a felony. In other cases, a Tampa criminal defense lawyer may be able to obtain a not guilty verdict at trial or convince a judge to throw the case out of court.

These defenses usually require the most intense investigation, and they are often the most effective defenses in a criminal case.

Failure to properly Mirandize aggravated assault suspects is probably the most common procedural defense in these cases.

Incidentally, the right to remain silent is not limited to verbal silence. It extends to physical silence. Suspects need not pose for pictures or appear in lineups.

In court, prosecutors must establish every element of an offense beyond a reasonable doubt. Frequently, a sufficient amount of credible evidence is simply unavailable.

Alcohol is often a factor in aggravated assault claims. People who are drinking are less able to control their impulses. Furthermore, alcohol also inhibits memory and perception. So, the alleged victim might not remember parts of the assault. Or, there may be some inconsistencies between the alleged victim’s statements to officers at the scene and the alleged victim’s testimony in court.

That’s assuming the alleged victim’s testimony is available. Usually, at least a year elapses between the assault date and the trial date. That’s especially true in the coronavirus era, since many courts have limited operating schedules. By that time, many alleged victims have lost interest in the case, especially if their medical bills have been paid.

Legally, prosecutors can subpoena alleged victims and force them to testify against their will. But pragmatically, they only use this approach in extreme cases.

Consent could be an effective defense as well. Arguably, if the alleged victim throws the first punch, s/he is effectively consenting to an assault.