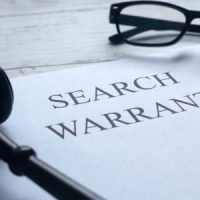 Back in colonial times, British authorities had the power to randomly search property and seize contraband, based on nothing more than a hunch. So, the Founding Fathers added the Fourth Amendment to the U.S. Constitution. Under this provision, searches are only authorized if police officers have affidavits based on probable cause.

Over the years, courts have carved out some exceptions to this rule. These exceptions are now so large that officers often don’t bother with search warrants, especially in drug possession, weapons possession, and other such criminal matters.

In court, the state has the burden of proof to show that a search warrant exception applies. If a Tampa criminal defense attorney partially undermines the state’s case, a judge could declare that officers illegally seized the contraband. If that happens, this vital evidence is inadmissible and the state must dismiss the charges, at least in most cases.

As a condition of probation or parole, courts often require blanket consent to warrantless searches. Usually, this provision is buried somewhere in the fine print.

However, issues often arise in this area. Many supervision agreements don’t contain this provision. Or, a Tampa criminal defense attorney limits it during plea negotiations. Nevertheless, when officers investigate crimes and need suspects, they usually start with people that have criminal records. Furthermore, these investigators often assume they don’t need a search warrant to search the suspect’s house or apartment.

Affirmative, voluntary consent is perhaps the most common search warrant exception in Florida. Owner consent eliminates the need for a search warrant.

Let’s look at the two required elements (affirmative and voluntary) in more detail. There’s a difference between consent and assent. Assent is opening a door for an investigator or saying something like “I guess I don’t have a choice and I have to let you search my apartment.” As for voluntariness, if officers coerce the owner into consenting, perhaps by threatening to get a warrant or threatening some other legal action, the consent is arguably involuntary.

If drugs, weapons, or other contraband is in plain view, officers don’t need a search warrant to seize it. This exception only applies if officers had a legal right to be in that place at that time. Therefore, if an officer stops a motorist and sees a gun under the seat, the gun is inadmissible if the stop was illegal. Usually, an officer must have reasonable suspicion to detain a motorist.

Partial plain view cases are often an issue in this area. If an officer sees a gun’s handle protruding from under a seat, the item could be an illegal firearm, a legal firearm, or a BB gun. Usually, the officer must ask questions about the item. Motorists have a Fifth Amendment right to refuse to answer these questions. Most likely, if that happens, the defendant will be arrested. But at least the state won’t have any physical evidence to use at trial.

Weapons pat downs are a bit different. If officers reasonably suspect criminal activity, they may stop people and pat them down for weapons. During these pat down searches, they may seize any contraband they see in plain view, or rather feel during the search. These searches often don’t hold up in court. Sight unseen, it’s almost impossible to tell the difference between a dime bag and a ham sandwich.

The four aforementioned exceptions usually apply to seized evidence. The exigent circumstances exception allows officers to enter dwellings without warrants. This exception applies if officers reasonably believe someone could be in trouble inside the dwelling. The subsequent search is limited to a security sweep. Officers cannot look into every nook and cranny.

By OA Law Firm | Posted on May 23, 2022
« Defending Pornography Possession Charges In Court
What Does ALR Mean In Driving? »