What Does ALR Mean In Driving? 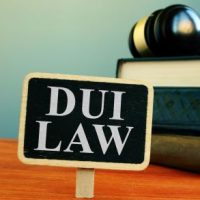 In Florida and most other states, DUI defendants who refuse to provide chemical samples go through the Administrative License Revocation process. These drivers could lose their drivers’ licenses for up to twelve months in the Sunshine State, even if they haven’t been convicted of, or even formally charged with, DUI.

Drivers in these situations basically have two choices. They can roll over and play dead, allow the full suspension period to take effect without issuing a word of protest, and hope that somehow a judge issues an occupational license. Or, they can partner with a Tampa DUI attorney and fight the suspension process. Admittedly, the ALR process is an uphill climb. However, the potential rewards are too significant to ignore.

Probable Cause and Test Refusal

Under the law, the administrative law judge, who is basically a factfinder without the power of a judge, must determine that officers had probable cause to request a chemical sample, and the defendant refused to provide that sample.

One additional note before we go further. Usually, the ALJ is either a paid DMV employee or a DMV contractor. This status doesn’t mean the ALJ is biased, but it certainly could mean that. So, the ALJ might have a natural predisposition to side with the state. Other ALR hurdles are discussed below.

The officer’s subjective testimony that the defendant “failed” the Field Sobriety Tests, like the walk and turn, might not hold up in criminal court. But this testimony is usually enough to establish probable cause.

If the officer didn’t administer the FSTs, or the defendant refused to perform them, the state must rely on flimsy circumstantial evidence, like bloodshot eyes and other physical symptoms. Such evidence is enough for reasonable suspicion, but it might not be enough for probable cause.

If the ALJ needs more evidence, the ALJ can call the defendant as a witness. The Fifth Amendment’s rule against self-incrimination prohibits this practice in criminal court. In that venue, defendants cannot be witnesses against themselves. But the ALR hearing isn’t technically a criminal matter, so the Fifth Amendment doesn’t apply.

Outcomes at the ALR Hearing

Based on the evidence, the ALJ can impose the entire twelve-month suspension, probate part of it or reduce it, or throw the entire matter out.

Since the standard of proof is so low, the ALJ usually imposes the entire suspension. However, that’s not always the case. Additionally, in some jurisdictions, the ALJ has the authority to issue an occupational license on the spot. This license allows people with suspended licenses to continue to drive for designated purposes. To many ALJs, prompt ODL issuance is a consolation prize to defendants who either fought the good fight or at least tried to undermine the state’s case.

Additionally, the ALJ hearing is a golden opportunity for a Tampa criminal defense lawyer. This hearing gives an attorney a chance to cross-examine the arresting officer on the record and under oath. Discovery like this, if it’s available at all, usually costs hundreds of dollars. If the officer makes an inconsistent statement later, even in a seemingly trivial area, the officer loses almost all credibility with the jury.