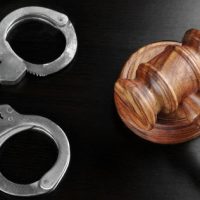 The Sunshine State’s laws regarding possession of illegal pornography are very broad. Like most sexual offenses, possession of illegal pornography involves direct and collateral consequences. The direct consequences include lengthy court supervision, high fines, and a registration requirement. The collateral consequences are often worse. Most studies show that the general population views all sex offenders the same way. A person who had a single illegal photograph in his/her email is as bad as a serial rapist.

From a procedural standpoint, pornography cases are a mixed bag. A few involve lengthy investigations from multiple agencies. These investigations usually involve a search warrant. This warrant application must be based on an affidavit which demonstrates probable cause. A few pornographic video downloads from legitimate websites usually don’t establish probable cause.

Other pornography arrests are spur-of-the-moment incidents. If officers see Dennis acting suspiciously or catch him red-handed in an unrelated traffic or other matter, they might search his cell phone and find illegal pornography. The seized evidence is inadmissible unless a narrow search warrant exception applies. Some examples include:

Smartphones, which were mentioned above, are a special case. The Supreme Court has ruled that individuals have a privacy interest in everything past the home screen. Therefore, individuals don’t have to give officers their passwords unless those officers have search warrants.

Many people don’t know that prosecutors must demonstrate more than proximity to establish possession in criminal court. They must also prove knowledge and control. Furthermore, they must prove all three things (proximity, knowledge, and control) beyond any reasonable doubt.

The control requirement is often an issue in paper pornography cases. Frequently, if officers raid a dwelling and find pornography, they arrest everyone present. In court, it’s difficult to prove that a defendant in the living room had control over pornography concealed in a bedroom, especially if it was someone else’s bedroom.

Knowledge is often an issue in electronic pornography claims. Many emails go directly into an owner’s spam folder. Additionally, many pornographic images are tiny thumbnail pictures. Furthermore, most illegal pornographic videos only have one or two illegal images.

By OA Law Firm | Posted on May 16, 2022
« Beating The Breathalyzer In A Florida DUI
Top Five Search Warrant Exceptions »