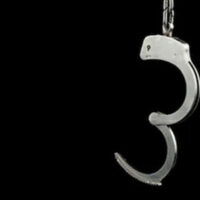 Many parents have been lulled into a false sense of security by the overall decline in juvenile arrests since the 1990s. When it comes to the most common juvenile crimes, authorities are still very aggressive. Some parents are blindsided when their children are arrested. They know a juvenile conviction is a serious matter, but they simply do not know what to do.

Working with a Tampa juvenile charges lawyer is perhaps the best move these parents can make. The mere fact that a lawyer is involved shows prosecutors that the parents take the matter seriously. As a result, prosecutors are usually willing to be more lenient. That’s especially true since most of the top five juvenile crimes are nonviolent, property offenses.

Other shoplifting cases are much more complex. An under-ringing scam is a good illustration. A child buys some toothpaste and some CDs, but the cashier only rings up the toothpaste. These incidents are also common at self-checkout stands.

The state must prove the defendant intentionally took the property. If the child bought several items and didn’t pay for all of them, that showing is difficult to make, especially since the burden of proof is so high. Furthermore, these cases usually involve several witnesses. By the time a trial date comes around, these witnesses have often moved beyond the court’s subpoena range. No witness usually means no case.

Essentially, vandalism is larceny without a taking. Common kinds of vandalism include keying cars, breaking windows, and spraying graffiti. In most cases, the amount of damage is less than $500. A keyed car might be slightly more expensive, so such infractions could be felonies in some cases.

Typically, prosecutors offer pretrial diversion to first-time offenders. If the defendant makes restitution, pays a small fine, and completes a self-improvement or other class, the state usually dismisses the charges.

These cases often involve dragnet arrests. Officers break up a loud party, see alcohol at the party, and arrest every underage guest. Such charges often don’t hold up in court. The state must prove, beyond a reasonable doubt, that the defendant consumed alcohol, not that the defendant attended an illegal or unruly party.

Marijuana and prescription drugs are involved in most drug offenses. Recreational marijuana is illegal in Florida, but several cities, including Tampa, have decriminalized its possession. Even if the defendant is technically convicted, which rarely happens due to pretrial diversion, the matter usually doesn’t appear on the child’s permanent record.

Illegal possession of prescription drugs is a lot more serious. Usually, this charge is a felony. These cases often involve search warrant and other procedural issues. They also have lots of moving parts. So, some defenses are usually available.

Basically, an assault is a harmful or offensive touch. Physical injury usually is not an element of an assault charge. Additionally, because it is a violent crime, many prosecutors are less inclined to offer an easy way out, such as pretrial diversion.

Lack of evidence is usually the best defense in these cases. Although injury is not an element of the offense, non-injury assaults are quite difficult to prove. In these cases, the touch could have easily been accidental, as opposed to intentional. Furthermore, although complaining witnesses cannot “drop” these cases, if they refuse to cooperate, prosecutors often lose interest in the case.

Juvenile arrests aren’t as common today as they were in the 90s, but they are still just as serious. For a free consultation with an experienced criminal defense lawyer in Tampa, contact the OA Law Firm. Convenient payment plans are available.

By OA Law Firm | Posted on September 7, 2021
« Resolving White Collar Criminal Matters In Hillsborough County
If I Blew Into A Breathalyzer Or Provided A Blood Sample, Am I Automatically Guilty Of DUI? »