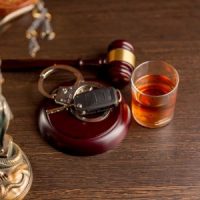 Many people assume they are automatically guilty in a DUI case if they provide a chemical sample and the sample is above the legal limit. About 80 percent of Florida DUIs involve such chemical tests. Granted, an adverse chemical test result makes these cases much easier to prove in court. However, the state must still establish a number of elements, and prosecutors must establish them all beyond any reasonable doubt.

Generally, officers must have reasonable suspicion, or an evidence-based hunch, of criminal activity before they may detain motorists. But a hunch, by itself, doesn’t hold up in court. Lack of reasonable suspicion is especially an issue in many heightened enforcement stops. If local law enforcement is engaged in an anti-DUI effort, officers often take shortcuts to pad their arrest totals.

On a related note, DUI roadblocks are only legal in Florida if they meet some specific legal requirements.

Not Operating a Vehicle

“Driving” is not an element of a driving under the influence prosecution. The state must simply prove that the defendant was operating the vehicle. Usually, operation means either the vehicle is running or the defendant is in a position to drive the car. As a result, a DUI charge could hold up in court even if the defendant is literally asleep at the wheel.

However, in non-driving cases, prosecutors must generally prove the vehicle was operable. Frequently, there is little or no evidence on critical issues like fuel level, tire inflation level, mechanical condition, and other necessary vehicle operation areas.

Not Driving the Vehicle

This defense, which often applies in DUI collision matters, is closely related to the operability defense discussed above.

Usually in these cases, by the time emergency responders arrive, defendants have left their vehicles, unless they are seriously injured. Therefore, a civilian witness must testify that the defendant was behind the wheel at or near the time of the wreck.

Police officers are, in effect, professional witnesses. Most officers have testified in hundreds of hearings and depositions. They know how to handle a cross examination. But civilian witnesses are often different. Usually, these individuals have never testified in court before. So, it’s somewhat easier for a Tampa criminal defense lawyer to undermine their testimony.

In these cases, prosecutors can start over in the correct county. However, they would often rather make a favorable deal and end the case.

Breathalyzers, like all other machines, aren’t perfect. In fact, a Breathalyzer has some serious technical and design flaws.

Improper calibration is probably the best example. Breathalyzers are very sophisticated, and therefore very sensitive, devices. Without regular maintenance and adjustment, they are unreliable as a matter of law. Other Breathalyzer flaws are related to abnormal mouth alcohol levels and the way these gadgets identify and count ethanol (alcohol) particles.

Reach Out to a Savvy Hillsborough County Attorney