The Three Ps Of Drug Possession Charges In Florida 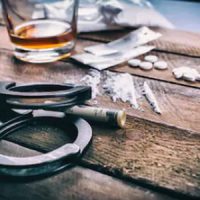 If you thought the War on Drugs was over, think again. True, the harsh mandatory minimum prison sentences which lawmakers approved in the 1980s are largely gone. But Florida peace officers still make tens of thousands of drug arrests every year. 80 percent of them are for simple possession. In most cases, it is a felony to possess even a minute quantity of drugs, like a single Oxycontin pill.

The good news is that many jurors now see drug use as a social issue, as opposed to a criminal law issue. Additionally, many jurors now question the aggressive tactics that peace officers often use to make drug arrests. As a result, it’s easier for a Tampa drug crime attorney to successfully resolve these charges, especially since drug possession cases have a number of moving parts.

Before the case can go forward, prosecutors must produce the contraband in court. In order to do so, police officers must have had a warrant or a narrow search warrant exception must have applied.

According to the Fourth Amendment, a judge may only issue a search warrant if police officers submit affidavits that show probable cause. Police officers rarely have probable cause in drug possession cases. Typically, these arrests begin with traffic stops. Then, during a subsequent investigation, peace officers stumble upon drugs or other contraband.

Therefore, most drug possession prosecutions depend on search warrant exceptions. Some common ones in these cases include:

Other search warrant exceptions include stop-and-frisk searches, the automobile exception, and a search incident to an arrest. However, various state and federal laws sharply limit these exceptions, so they don’t come up very often.

Prove it Was Illegal

A scientific lab test, on the other hand, is generally reliable. However, there must be no significant gap in the chain of custody. Furthermore, Tampa criminal defense attorneys often order independent tests in these situations. Frequently, these results are markedly different from the ones police lab technicians claim they obtained.

On a related note, the list of illegal substances is constantly changing in Florida. Synthetic marijuana is a good example. Frequently, these substances are legal, simply because lawmakers haven’t added them to the prohibited list.

In criminal court, possession is not synonymous with proximity. Prosecutors must also establish knowledge and control. And, they must establish these elements beyond a reasonable doubt.

Assume Ted is a guest in Bill’s house. Police show up to break up a loud party, and Bill gives them consent to search the house. During this search, they find a stash of drugs under a sofa Ted is sitting on.

Most likely, if officers charge Ted with drug possession, the judge would throw the case out of court. There’s little or no evidence that Ted knew the drugs were there.