The Three Ps Of A Drug Possession Case 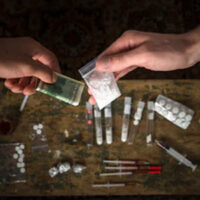 Large drug seizure cases often dominate the headlines, but simple drug possession cases usually dominate court dockets in Hillsborough County and nearby jurisdictions. This approach might be a little behind the times. Especially in the post-opioid crisis era, many jurors view drug possession matters as health and safety issues as opposed to criminal law matters.

Moreover, many drug possession arrests are dragnet-type arrests. These cases often do not hold up in court. For example, if officers find a small amount of crack in a car, they usually arrest all occupants for possession, even if there is little other evidence.

In this environment, the three Ps of a possession case are more critical than ever. In the before times, some jurors might have overlooked a lack of evidence on one P, or even two of them. Today, if a Tampa drug crime lawyer establishes reasonable doubt on even a minute point, jurors often refuse to convict.

The best evidence rule requires the state to produce the physical substance which officers seized. The officer’s testimony about a seizure is insufficient. So is a picture of the substance. Nothing but the original will do.

Normally, things happen so quickly in possession cases that officers do not bother with search warrants. So, a narrow exception must apply. Some common ones include:

If officers had a search warrant, that warrant must be based on an affidavit which clearly shows probable cause.

Prove it Was Illegal

Some attorneys essentially take the state’s word for it and do not challenge this P. However, evidence abounds of people arrested for various drug crimes, and the alleged controlled substance turned out to be something completely innocuous. So, a good lawyer always puts the state to its proof on all points.

Many police officers, especially rookies, often confuse proximity and possession. In the everyday world, these two words are roughly synonymous. But in criminal court, they are very different.

Proximity is an element of possession, but it’s only one element. Prosecutors must also establish knowledge and control. And, they must establish these elements beyond a reasonable doubt.

Let’s return to the previous car-full of people example. If an officer finds crack under the front passenger seat, it’s very difficult to connect someone in the rear driver’s seat to those drugs. That’s especially true in vehicles with three rows of seating.

Count On an Experienced Attorney