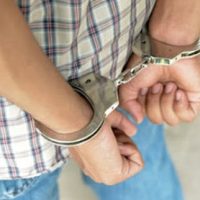 Many observers, including some early advocates, now believe that sex offender registration laws have gone too far. In response, many states have eased their requirements in this area. However, Florida still has one of the strictest sex offender registration laws in the country. As a result, many people want to know how to get off the sex offender list in Florida. As the old saying goes, an ounce of prevention is worth a pound of cure. Usually, the best way to get off the sex offender list is not to get on it in the first place.

Even if the evidence against the defendant seems strong, a Tampa sex crimes lawyer can make that happen. There’s a significant difference between evidence and credible evidence, especially since the burden of proof is so high in criminal court. Additionally, some affirmative defenses are available. So, even if the defendant “did it,” the defendant may be not guilty as a matter of law.

The aforementioned burden of proof is beyond all reasonable doubt. In practical terms, unless the state has overwhelming evidence, the jury may well come back with a not guilty verdict.

For starters, unlike most police officers, alleged sexual assault victims aren’t professional witnesses. Law enforcement personnel usually receive special training in this area. Additionally, cops who have been on the job for more than a few years have usually testified in court thousands of times. That’s a lot of experience.

Alleged victims have no training, other than a few pointers from a prosecutor, and no experience. As a result, they often break down under aggressive questioning. Many people malign this tactic. However, a Tampa criminal defense lawyer isn’t looking to win friends on social media. An attorney does whatever it takes to successfully defend clients.

Furthermore, many alleged victims have trouble keeping the details straight. By the time their cases go to trial, they’ve often told the same story hundreds of times. Slight lapses, like did he leave the door open or close it, undermine the alleged victim’s credibility.

Science plays a role as well. So we don’t have to relive the trauma, our brains often shut off during such events. That shutoff makes recall difficult. On a related note, many alleged victims were drinking before the incident. Alcohol affects memory as well.

Consent may be the most effective affirmative defense in sexual battery cases. This defense isn’t available if the defendant or alleged victim was in a special class, such as underage or an unequal power relationship, such as therapist/patient. However, it’s usually available in most cases.

Basically, consent is a present, affirmative agreement to perform a specific act. Frequently, a Tampa criminal defense attorney uses circumstantial evidence to establish consent. For example, if Lisa agreed to dance with Bill, sit in Bill’s lap, and go to Bill’s room, it’s reasonable to assume Lisa also consented to what happened in that hotel room. Of course, not all jurors see things that way.

Entrapment may be a defense in a few sex crime sting cases. Commonly, an officer poses as an underage girl online. If the defendant had no predisposition to commit the offense and the officer induced the conduct, this defense might hold up in court. The “no predisposition” element is the hardest one to prove. If Mike was in a sex chat room, he had a predisposition, even if it was only a small one, to meet an underage girl.