Should I Plead Guilty? 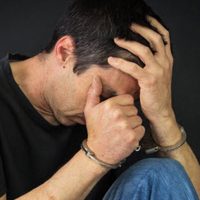 On February 7, 1881, Alameda County resident Albert McKenzie pleaded guilty to misdemeanor embezzlement to avoid trial on felony charges. He allegedly siphoned $53 from his sewing machine company employer. His was one of the first recorded plea bargains in American legal history. In the late 1800s, the country was growing significantly, and taxpayers didn’t want to pay for more courts. Something had to lower the trial backlog, and that “something” was, and is, plea bargaining.

Nevertheless, trials still resolve a significant number of criminal cases. Sometimes, the two sides are so far apart that only mediation, in the form of a trial, can bring them together. Other times, politicians order prosecutors not to engage in meaningful negotiations. That’s especially true in DUI, domestic assault, and other high-profile criminal cases.

Whether you plead guilty or go to trial, a Tampa criminal defense lawyer is an important part of the process. An attorney thoroughly evaluates your case and then lays out all your legal options, including the pros and cons of each one. Furthermore, a lawyer stands with you throughout the entire criminal law process in Hillsborough County, from jail release to the final verdict.

Almost all pleas are agreed pleas. The defendant agrees to plead guilty or no contest in exchange for reduced charges, as was the case with Mr. McKenzie, or more frequently, a reduced sentence.

Incidentally, “guilty” and “no contest” have the same legal effect. However, there’s a moral difference. Pleading guilty is basically a confession. In fact, many jurisdictions require an allocution, which is a fancy word for a detailed confession on the record. Pleading no contest is like saying “Let’s just get this over with.” There’s no moral confession of guilt.

Other plea bargain options include slow pleas and open pleas. Slow pleas are often a good idea if the defendant doesn’t have a legal defense, but there are extenuating circumstances. After the defendant pleads guilty, a jury assesses punishment. Open pleas are, almost literally, throwing oneself on the mercy of the court. The judge could assess any punishment s/he sees fit. Open pleas are a good idea if the prosecutor isn’t willing to deal and a trial would almost certainly result in a maximum sentence.

A few trials are jury trials. Most misdemeanor trials have six jurors and most felony trials have twelve jurors. Usually, jury trials are a good idea if a defendant has an off-the-books defense. The so-called nerd defense is a good example. If defendants who are accused of violent crimes wear eyeglasses, jurors are much less likely to convict them.

The possibility of appeal is another reason for a trial. It’s almost impossible to appeal guilty pleas, especially agreed pleas. It’s not much easier to appeal trial convictions, although it is possible in many cases.