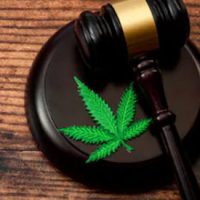 Would-be Florida governor Nikki Fried said she would “legalize weed” if she won the election in November 2022.

In a Twitter post, she argued that since medical marijuana is legal and guns are legal, recreational marijuana should be legal as well.

Fried also said she would take legal action against President Joe Biden, seeking to compel him to change the Bureau of Alcohol, Tobacco, and Firearms’ stance on the substance. Under current rules, “any person who uses or is addicted to marijuana, regardless of whether his or her State has passed legislation authorizing marijuana use for medical purposes, is an unlawful user of or addicted to a controlled substance.” Fried maintains this stance violates “people’s rights and their freedoms to responsibly have both.”

Possession of Marijuana is one of the most common misdemeanors in Hillsborough County criminal courts. For many years, if officers claimed they smelled marijuana in a car, a claim which was almost impossible to disprove, courts allowed them to search the vehicle.

Things changed in 2019, when hemp became legal. Non-cannabis hemp is physically indistinguishable from marijuana. These substances look alike and smell alike. Therefore, many courts ruled that the odor of marijuana was no longer probable cause to search a vehicle. The smell could just as easily be hemp.

Things changed again in 2021. That year, the Second District Court of Appeals, which includes Tampa Bay, ruled that the smell of marijuana alone, even with no corroborating evidence, constituted probable cause. The Florida Supreme Court could overturn this decision. But we’ll see. For now, in Hillsborough County and nearby jurisdictions, the odor of marijuana is sufficient probable cause for a vehicle search.

An automobile search is an exception to the Constitution’s search warrant requirement. If officers have probable cause to believe that there’s evidence of a crime in a car or other vehicle, they don’t need a warrant to search it.

Automobile searchers are linked to the probable cause evidence and therefore somewhat limited. For example, if officers smelled marijuana, they could look for marijuana. They cannot look for illegal weapons or any other contraband.

Other search warrant exceptions which come up frequently in POM cases include consent and plain view. Officers may search property if the owner, or an apparent owner, gives verbal consent. Additionally, if officers see contraband in plain view, they don’t need to get a warrant before they seize it.

Other defenses are available as well, if a Tampa criminal defense attorney is assertive enough to effectively use them.

As mentioned, a visual inspection cannot distinguish between illegal marijuana and legal hemp. Only an expensive THC chemical content test can do that. This test isn’t available in all courts. Moreover, if prosecutors aren’t certain they can win the case, they may not order the test. If the state loses the prosecution, the county gets stuck with the bill.

Additionally, “possession” in criminal court means more than proximity. The state must also prove knowledge and control. Furthermore, the state must prove these elements beyond any reasonable doubt.

The aforementioned automobile searches are a good example. If officers find pot in a car, they normally arrest all the occupants. Given the knowledge and control elements in a possession case, it’s hard to connect a person in the back seat with marijuana in the glove compartment. That’s especially true if the glove box was locked.

A criminal charge is not the same thing as a criminal conviction. For a free consultation with an experienced Tampa marijuana charges lawyer, contact the OA Law Firm. Afterhours, home, and jail visits are available.