Breaking Down A License Revocation Hearing In A Florida DUI Case 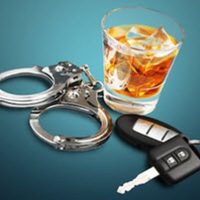 The Fifth Amendment gives people the right to refuse to provide chemical samples in DUI cases. However, that right is not absolute, because Florida is an implied consent state. When people sign their drivers’ licenses, they agree to provide chemical samples on demand. So, if drivers change their minds and refuse to provide them, the state may suspend their drivers’ licenses for up to one year for a first refusal and up to eighteen months for a subsequent refusal.

Incidentally, Florida also has a refusal-to-consent law. A subsequent refusal is a first-degree misdemeanor. That’s a criminal matter which is separate from the Administrative License Revocation process, which is a civil matter.

Since the ALR form is buried in a big pile of arrest-related paperwork, many defendants do not request a hearing in time, and they lose the right to contest the suspension. These individuals not only miss their day in court. They miss a key opportunity for a Tampa DUI lawyer to get a head start on their criminal defense.

What to Expect at an ALR Hearing

Administrative hearings are quite common in many situations. For example, most workers’ compensation, Social Security, and other such disability hearings use Administrative Law Judges. These judges serve as referees and factfinders.

DUI ALR cases have some additional wrinkles. These ALJs are normally paid DMV employees as opposed to independent arbitrators. Furthermore, in many cases, the ALJ is also the prosecutor. So, there is some natural bias.

Officers usually rely on the walk-and-turn and other Field Sobriety Tests to determine probable cause. These tests are quite subjective, so it’s difficult to challenge an officer’s evaluation. However, officers occasionally skip these tests, or defendants refuse to perform them. In these situations, probable cause could be difficult to establish.

On a related note, the defendant’s refusal is sometimes subjective. For example, Tim might refuse to blow into a Breathalyzer but agree to a blood draw. Arguably, Tim didn’t technically refuse to provide a sample.

Probable cause, or the lack thereof, usually hinges on the officer’s testimony. The police officer turnover rate is quite high. If the officer has left the force, securing this person’s testimony is often difficult.

Since probable cause is such a low standard and, as mentioned, ALJs usually impose the maximum, in all likelihood, that’s the usual outcome. But that would have happened even if the defendant didn’t request a hearing. So, there is no risk. Defendants have absolutely nothing to lose by requesting ALR hearings.

That does not always happen. If the evidence is weak, either because the defendant didn’t perform the FSTs or the arresting officer does not show up, the ALJ may reduce the suspension period.

Furthermore, even if you lose, you win. The ALR hearing lets a Tampa criminal defense attorney cross-examine the arresting officer under oath. This kind of discovery usually costs hundreds of dollars, if it is available as well. At a subsequent trial, if the officer changes his/her story even slightly, that change affects his/her credibility with jurors. If even one juror has a serious question about the officer’s reliability, the defendant is usually not guilty as a matter of law.

Reach Out to a Savvy Hillsborough County Attorney

The ALR hearing is an important component of a successful DUI defense. For a free consultation with an experienced criminal defense lawyer in Tampa, contact the OA Law Firm. After-hours visits are available.

By OA Law Firm | Posted on November 15, 2021
« Setting Up A Successful Plea Bargain In Hillsborough County
How Do Juvenile Cases Usually End In Florida? »