Setting Up A Successful Plea Bargain In Hillsborough County 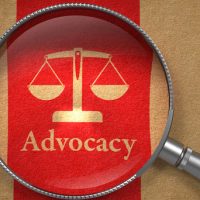 In the early years of the Republic, trials resolved almost all criminal cases. But then the United States grew rapidly, in terms of population and area. Taxpayers weren’t willing to pay for the additional courts needed. As a result, plea bargains became increasingly common in the overburdened judicial system. One of the earliest recorded plea bargains took place in 1881 in Alameda County, California. To avoid a felony trial, Albert McKenzie, who had allegedly stolen $50 from his sewing machine company employer, pled guilty to misdemeanor embezzlement.

As late as the 1990s, criminal trials were still somewhat common. Today, however, plea bargains resolve about 95 percent of the criminal cases in Florida. Prosecutors do not hand out favorable plea bargain agreements like candy on Halloween, and a Tampa criminal defense attorney is not a magician who makes criminal charges vanish into thin air. Instead, diligent preparation is usually the key to a successful plea bargain.

Desperate times lead to desperate measures. Some people want to get out of jail so badly that they will do almost anything, including accepting an unfavorable plea bargain agreement, to pry the cell doors open. Prompt jail release alleviates this pressure.

Furthermore, immediate jail release helps defendants think clearly. Incarceration elevates stress hormone levels. These hormones often cause a brain injury. Most people know someone who went to jail and came out as a different person. Sometimes, these personality changes are positive. Other times, they are negative. In either case, they are normally permanent. A clouded mind, or the “jailhouse blues,” is another brain injury symptom.

First-time offenders charged with nonviolent crimes are normally eligible for OR (Own Recognizance) release. The sheriff releases the defendant if s/he agrees to comply with some basic conditions, such as appearing at all required court hearings.

Subsequent offenders or those facing violent criminal charges usually need to post cash bail or a bail bond. Cash bail is much like an apartment security deposit. Comply with release conditions, and you get most of the money back. A bail bond is essentially an insurance policy. For about a 15 percent fee, the bail bond company assumes the financial risk.

The burden of proof (beyond a reasonable doubt) is very high in criminal court. Therefore, if a Tampa criminal defense lawyer reduces the amount of evidence the prosecutor can use, the likelihood of a conviction plummets.

If police or prosecutors did not follow proper procedures, the judge could exclude key evidence. For example, if officers do not properly inform defendants about their right to remain silent, any evidence police obtain could be fruit from a poisonous tree and therefore inadmissible. Prosecutors must follow rules as well. For example, they must promptly turn over any exculpatory evidence in their possession. They cannot hold onto it until the last minute.

Preliminary hearings also determine other procedural questions. Jurisdiction is a good illustration. Hillsborough County courts only have jurisdiction over Hillsborough County crimes. Many communities are partially in one county and partially in another one. If prosecutors file charges in the wrong county, they could technically start over. However, rather than go through all that effort, they would normally rather make a favorable deal.

Successful plea bargain agreements require a lot of groundwork. For a free consultation with an experienced criminal defense lawyer in Tampa, contact the OA Law Firm. After-hours visits are available.