Tampa Criminal Attorney > Blog > Criminal Defense > What Should I Do If I Get Pulled Over For DUI In Florida?

What Should I Do If I Get Pulled Over For DUI In Florida? 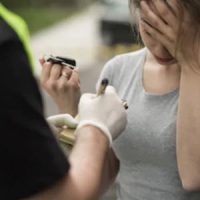 In 2021, in the wake of some well-publicized and controversial police shootings, one of which was in neighboring Georgia, the National Police Association launched an advertising campaign it called comply now and complain later. That’s good advice, as long as individuals know their rights at police stops and don’t allow officers to bully them. Because of coronavirus restrictions, racial tensions, and other issues, many police officers are on edge. We’ve all seen how a disputed stop can end very badly for everyone involved.

This approach is only effective if the subsequent ability to complain is effective. This means that defendants should partner with a dedicated Tampa criminal defense attorney who knows the law and who knows how to make the law work for people. Usually, the initial stop is the most important component of a DUI arrest. If the stop is invalid, the case is usually invalid as well, because of the fruit of the poisonous tree doctrine. If the tree is poisonous (the stop was illegal), any fruit from this tree, such as DUI charges, is poisonous as well.

Police officers, like everyone else, don’t want to be out in the weather and don’t want to be standing near speeding cars any longer than necessary. Therefore, when you see flashing lights in your rearview mirror, it’s best to do the following:

Something could still go wrong if suspects follow all these steps. However, compliance greatly reduces the risk of a tragic outcome.

Most complaints about most stops involve a lack of reasonable suspicion. The Supreme Court has diluted this rule in recent years. However, the core principles remain intact. Basically, reasonable suspicion is an evidence-based hunch of criminal activity.

About nine times out of ten, police officers stop motorists over traffic violations. The violation could be apparent, like speeding, or obscure, like a dangling air freshener that obscures the driver’s view.

A criminal charge is not the same thing as a criminal conviction. For a free consultation with an experienced criminal defense lawyer in Tampa, contact the OA Law Firm. We routinely handle matters throughout Tampa Bay.