Tampa Criminal Attorney > Blog > Criminal Defense > What Must The State Prove At Each Phase Of A Criminal Case?

What Must The State Prove At Each Phase Of A Criminal Case? 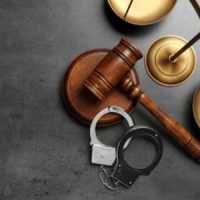 So, a Tampa criminal defense lawyer need not “prove” anything when these cases go to court. Instead, since the defendant doesn’t have the burden of proof, an attorney must only erode the state’s case at one or more points in the process. A DUI case is a good example of the way this process works.

In a few cases, reasonable suspicion in a DUI or other stop is relatively straightforward. An officer sees a traffic or other violation. This infraction could be a moving violation, like speeding, or a non-moving violation, like an expired registration sticker. Then, the officer pulls the defendant over and launches a DUI investigation.

But in other cases, officers work backwards. They suspect criminal activity, perhaps because the defendant is driving erratically but not illegally or the defendant acts nervous when s/he sees a patrol car. Then, the officer follows the suspect until s/he commits a traffic violation. In this situation, the reasonable suspicion is a hunch and then the evidence, as opposed to the evidence and then the hunch.

Challenging the stop is rather risky. Usually, the defendant must testify and tell his/her side of the story. This approach might or might not be consistent with the overall defense strategy in a case.

In a DUI case, officers initially often look for physical symptoms, like bloodshot eyes and an odor of alcohol. However, such symptoms only prove consumption. They do not prove intoxication.

So, probable cause in a DUI usually hinges on the field sobriety tests, like the walk-and-turn test. If the officer believes the defendant failed any part of any test, that’s usually sufficient for probable cause. Since the standard is so low, there are not many ways to successfully challenge this portion of a criminal case.

Beyond a reasonable doubt, the legal standard of proof in criminal cases, is a nebulous concept. Florida’s definition is better than most other states’ definition. But Florida Standard Jury Instruction 2.03 is extremely wordy and hard for jurors to understand.

Assume Ben and Jerry are in a car that causes a collision. Officers arrive on scene and discover they are both intoxicated. But both Ben and Jerry had exited the vehicle by the time the investigation began. So, it’s impossible to tell which one was driving the car. As a result, DUI (driving under the influence) charges against either Ben or Jerry most likely wouldn’t hold up in court.