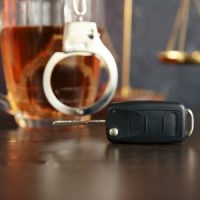 Law enforcement authorities are very aggressive when it comes to DUI arrests. In 2018, there were almost 33,000 DUI arrests in the Sunshine State. Furthermore, the Tampa Bay area had the most number of arrests by far.

Lack of evidence regarding intoxication is usually the best defense, and often the only available defense, in a DUI case. This defense is especially effective if the defendant refused to provide a chemical sample and the state must rely on circumstantial evidence. However, chemical tests are not 100 percent accurate, and the samples often have chain of custody issues. Other defenses are available as well, as outlined below.

A Tampa DUI attorney can leverage all these defenses and obtain a favorable result in the case. This result could be a complete dismissal of charges, a not-guilty verdict at trial, or a plea to a lesser included offense.

Law enforcement officers are usually under considerable pressure to make DUI arrests. That’s especially true during high-enforcement periods. Therefore, many officers take shortcuts which come back to haunt them later.

Failure to properly Mirandize the defendant is a very good example. Usually, the second question officers ask is “Have you been drinking.” The first one is usually “Do you know why I pulled you over.” We’re not sure why officers ask this question, but they do. Anyway, unless the officer has read the defendant the Miranda rights (you have the right to remain silent, etc.), the answer to the drinking question is usually inadmissible in court.

The burden of proof in criminal cases is so high that any missing evidence could completely hamstring the state’s case.

This defense usually comes up in DUI-collision cases as well as cases in which officers found the defendant asleep behind the wheel.

By the time officers arrive at the scene of a DUI collision, the defendant has usually exited the vehicle. So, it’s almost impossible for prosecutors to “wheel” the defendant unless a credible witness saw the defendant behind the wheel or the defendant admits s/he was driving.

The defendant’s admissions are subject to procedural defenses, like the aforementioned Miranda requirement.

Curiously, “driving” is not an element of a Driving Under the Influence case. Instead, prosecutors must only prove the defendant was operating the vehicle. “OPeration” usually means sitting behind the wheel of a drivable vehicle.

Although the “driving” definition is very broad in Florida, there may still be some proof issues. For example, officers rarely take time to verify that the car had gas and was mechanically fit for operation. And, the state has the burden of proof on these points.

On a related note, a non-officer usually reports vehicles with passed-out drivers to authorities. Such anonymous tips often have reliability issues.

Normally, it’s only illegal to drive a motor vehicle while intoxicated in a public place. Apartment complex parking lots, shopping mall parking lots, gated community streets, and other such places usually are not public property, even if there are street names and traffic control devices.

The public vs. private issue often torpedoes a DUI prosecution. Prosecutors might be able to correct other jurisdictional issues. However, many prosecutors would rather offer favorable deals than start over from the beginning.

For example, DUIs must be filed in the county where they happened. That’s different from the county in which the defendant was pulled over. Furthermore, many cities in Tampa Bay are partially in one county and partially in another one. Unless an attorney pays close attention to such details, an important defense might go unused.

There’s a big difference between a DUI arrest and a DUI conviction. For a free consultation with an experienced criminal defense lawyer in Tampa, contact the OA Law Firm. Convenient payment plans are available.