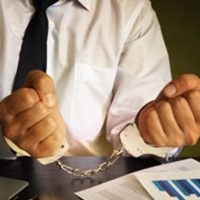 Since prosecutors are much more aggressive, these defendants need an equally-aggressive Tampa criminal defense lawyer to stand up for their rights in court. White-collar cases often involve both procedural defenses, like search warrant issues, and substantive defenses, like a lack of evidence. So, defense attorneys are usually able to successfully resolve such charges.

Failure to credit overtime and an illegal tip-share arrangement, in which non-customer-facing employees or shift managers get a share of tips, are the two most common wage theft violations in Florida.

In each instance, prosecutors must establish that the conduct was intentional. Most companies. Especially most payroll companies, have so many moving parts that establishing intent is difficult. Additionally, the current tip culture has somewhat blurred the line between customer-facing and non-customer-facing workers.

In general, fraud is an umbrella term for a misstatement of a current material fact that’s made with the intention to wrongfully obtain money. Once again, the lie must be intentional as opposed to accidental.

Furthermore, the misstatement must concern a current fact. If Lisa writes a post-dated check that doesn’t clear the bank, she probably hasn’t committed fraud. Lisa basically stated that there wasn’t enough money in the account to cover the check at the time, but there would be sufficient funds later. That’s dishonest, but it’s probably not check fraud.

In recent cases, the Supreme Court has very narrowly defined bribery. This offense is now a specific payment to obtain a specific favor. A large donation which the giver expects or hopes triggers favorable treatment usually doesn’t support bribery charges.

The Bernie Madoff Ponzi scheme, which was in the headlines about ten years ago, was the largest Ponzi scheme in recent memory. These scammers use money from new investors to pay dividends to existing investors.

According to federal laws, all investors must have the same level of information. If someone has an inside track on whether a certain investment opportunity will increase or drop in value, that’s insider trading.

Frequently, insider trading prosecutions, and other white-collar crime prosecutions, hinge on paid informer testimony. This evidence is inherently shaky. Many people will say anything for love or money.

Most large labor unions have a great deal of money. So, the temptation for racketeering is strong. However, law enforcement agencies cannot launch investigations and hope they uncover something. Instead, they must usually have reasonable suspicion of criminal activity. The reasonable suspicion rule also applies in DUIs and most other criminal offenses.

Basically, embezzlement is a person in a position of trust who uses that trust to steal money. Prosecutors must normally establish all three elements beyond a reasonable doubt. One or two isn’t good enough.