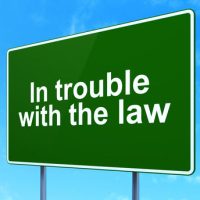 In many jurisdictions, “stoned” driving is a bigger problem than “drunk” driving. Florida’s DUI law, although it is rather broad, is somewhat more limited than similar laws in other states. In the Sunshine State, it’s illegal to operate a motor vehicle  “under the influence of alcoholic beverages, any chemical substance set forth in s. 877.111, or any substance controlled under chapter 893, when affected to the extent that the person’s normal faculties are impaired.”

There is no Breathalyzer test for drugs, at least not yet. A marijuana Breathalyzer may be available soon. Blood, urine, hair, and other tests usually require search warrants. Therefore, DUI-drug cases usually rely on circumstantial evidence. Additionally, in a DUI-drug case, intoxication, or lack thereof, could be irrelevant. A number of non-intoxication defenses are available, as outlined below. So, a Tampa DUI lawyer can often reduce or eliminate the harsh direct and indirect consequences of a DUI conviction.

Lack of evidence regarding vehicle operation or the cause of impairment are the two biggest non-intoxication defenses in a DUI-drug case.

Florida law broadly defines vehicle operation to include “actual physical control of a vehicle.” So, if a defendant was parked and the vehicle was operable, DUI charges could hold up in court. In fact, even if the defendant was unconscious behind the wheel, the defendant could be guilty of DUI.

DUI-collision cases are even harder to prove on this point. Frequently, a credible witness didn’t see the defendant behind the wheel.

As for cause, prosecutors must establish, beyond a reasonable doubt, that impairment, as opposed to a side-effect, caused intoxication. For example, normal use of Ambien could cause a side-effect known as sleep driving. So, there’s a fine line between impairment and side-effect. Usually, if the defendant exceeded the recommended dose, the “impairment” element is much easier to prove in court.

Issues with the stop and improper venue are the two most common non-intoxication procedural defenses in DUI-drug matters.

Officers must have reasonable suspicion before they detain motorists. Essentially, reasonable suspicion is an evidence-based hunch. Normally, the defendant commits a traffic violation and a preliminary investigation, usually focused on physical symptoms, points to possible intoxication. Officers cannot trail suspects until they commit traffic violations and use that as an excuse to investigate a possible DUI-drug case. That’s profiling the defendant.

Furthermore, prosecutors must bring DUI charges in the correct county. Many Tampa Bay communities are partially in one county and partially in another one. Technically, if the state files charges in the wrong county, prosecutors can usually start over in the correct county. But many states’ attorneys would rather make a favorable plea deal than go to all that trouble.

By OA Law Firm | Posted on May 2, 2022
« Expunging Or Sealing Juvenile Criminal Matters In Hillsborough County
Beating The Breathalyzer In A Florida DUI »