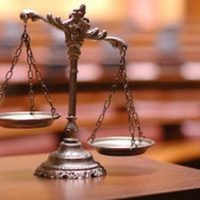 Until about 1850, America was not a very large or sophisticated country. Most courts heard both civil and criminal matters, and frequently, these matters overlapped. For example, disaffected wives often brought criminal cases against wayward husbands, accusing them of adultery, drunkenness, and other shenanigans.

Some of that overlap remains, especially regarding car crashes and some theft cases. But for the most part, as the country grew, and as serious crimes became more common, civil and criminal proceedings became distinctly separate matters. Many people assume that a court case is a court case, but that’s not true.

Several years later, around 1890, the negotiated plea system began replacing the criminal trial system. The trials which are a staple of movies and TV shows almost never happen in real life. However, the negotiated plea system often involves at least one pretrial hearing. Since this system is so complex, an experienced Tampa criminal defense attorney is much more than a luxury.

In a nutshell, individuals generally bring civil complaints. There are a few exceptions, mostly in terms of regulatory affairs. Government agencies like the EPA and IRS have the power to sue individuals in civil court. However, in criminal court, the presenting party is always either the local, state, or federal government.

This distinction is very important in terms of assault and other crimes against individuals. The alleged victim does not technically have the power to “drop” such charges. Only the state prosecutor has such authority. Additionally, even if an alleged victim refuses to cooperate, the state can subpoena this person and compel his/her testimony.

That being said, if the alleged victim does not want to go forward with the case, prosecutors often at least consider dropping it. Forcing people to testify against their will is a bad scene that the state would like to avoid.

The amount of evidence required is, by far, the biggest difference between civil and criminal courts.

However, in criminal court, the burden of proof is beyond a reasonable doubt. Florida’s definition of this phrase is not particularly helpful. “A ‘reasonable doubt’ is a real doubt, based on your reason and common sense after you’ve carefully and impartially considered all the evidence in the case.” That’s a bit like saying “a white horse is a horse that is white.” So, jurors have a great deal of discretion in this area.

A DUI is a good example. There are basically three ways the state can prove intoxication: a failed chemical test, poor performance on the field sobriety tests, and physical symptoms, like bloodshot eyes.

A failed chemical test is usually proof beyond a reasonable doubt, unless there were some issues with the test. Poor performance on the FSTs might be proof beyond a reasonable doubt, but more likely, it’s more on the clear and convincing level. Physical symptoms, which basically only prove alcohol consumption, are a preponderance of the evidence, at best.

Civil cases are not the same as criminal cases. For a free consultation with an experienced criminal defense lawyer in Tampa, contact the OA Law Firm. Convenient payment plans are available.

By OA Law Firm | Posted on September 20, 2021
« If I Blew Into A Breathalyzer Or Provided A Blood Sample, Am I Automatically Guilty Of DUI?
Most Common Search Warrant Exceptions »